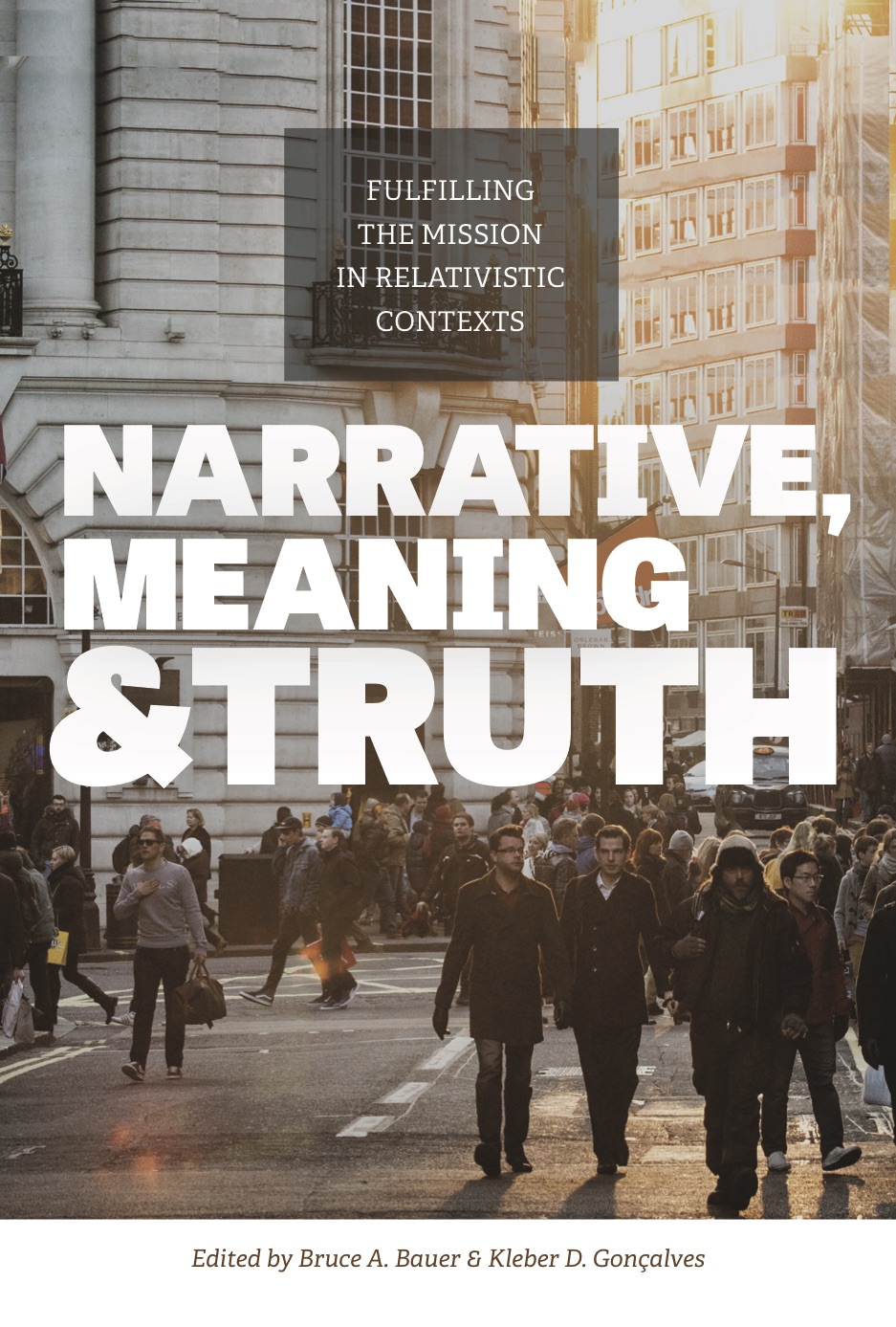 'Live your truth.' 'It’s up to you to find meaning in a meaningless world.' 'Tell a story to yourself that matters.'

In societies impacted by secularism and postmodernism, it is often assumed that God either does not exist, or, if He does, He doesn’t give us any clear answers about where we’ve come from, where we’re going, and how to get there. Narrative, Meaning & Truth have become the focus of efforts to construct identity out of the contingencies of conscious existence, absent a sense of higher purpose. Telling the story of Jesus, drawing meaning from God’s hope for the world, and living the truth by the Spirit’s renewal have a profound significance for those who commit to faith in wake of relativism.

The authors of this volume; drawing on a wealth of historical, philosophical, theological, and practical knowledge; speak to these and other challenges and rewards of Fulfilling the Mission in Relativistic Contexts. Read their stories. Reflect on their insights. Absorb their experiences. Adapt their methods. And ask God to fill you with His love for those seeking to move beyond skepticism to significance.

Introduction to the Second Edition

Five years have passed since the Center for Secular and Postmodern Studies, Office of Adventist Mission, General Conference of Seventh-day Adventists (CSPS) partnered with the Department of World Mission, Seventh-day Adventist Theological Seminary, Andrews University to gather academics and practitioners for “The First Symposium on Postmodern Sensitive Mission” (Andrews University, Berrien Springs, MI, 18–20 October 2012). Many of the papers presented were edited by myself and Bruce L. Bauer, the department chair, entitled Revisiting Postmodernism: An Old Debate on a New Era as volume 18 of the Andrews University Mission Studies series and published by the department (2013). Since that time the first edition of this book has proved a valuable resource in areas of the world where it has been distributed by CSPS.

As the time to reprint the volume arrived, it was also time for a new title, reflecting the fact that while these papers are now half-a-decade old, the ideas they present are still relevant to the mission we serve. “Postmodernism” may be waning as a category of twenty-first century cultural analysis, but we live with the echo of that phenomenon in today’s globalized world—widespread forms of relativism. Instead of focusing on An Old Debate, the title of the second edition represents what these reflections offer those who bring hope to secular minds searching for higher purpose. Narrative, Meaning & Truth highlights core concepts that shape the approach recommended by the authors for Fulfilling the Mission in Relativistic Contexts as well as the stakes involved in philosophical/cultural movements that continue to sweep over highly educated societies.

This second edition is being released and distributed as a part of the Global Mission Series published by the Office of Adventist Mission, at the General Conference. Our thanks to the Department of World Mission for the rights to publish the second edition.

It is my prayer that as you read these chapters your thinking will expand its horizons, your passion for our end-time mission will be renewed, and your capacity for sharing the love of God with human hearts will grow.