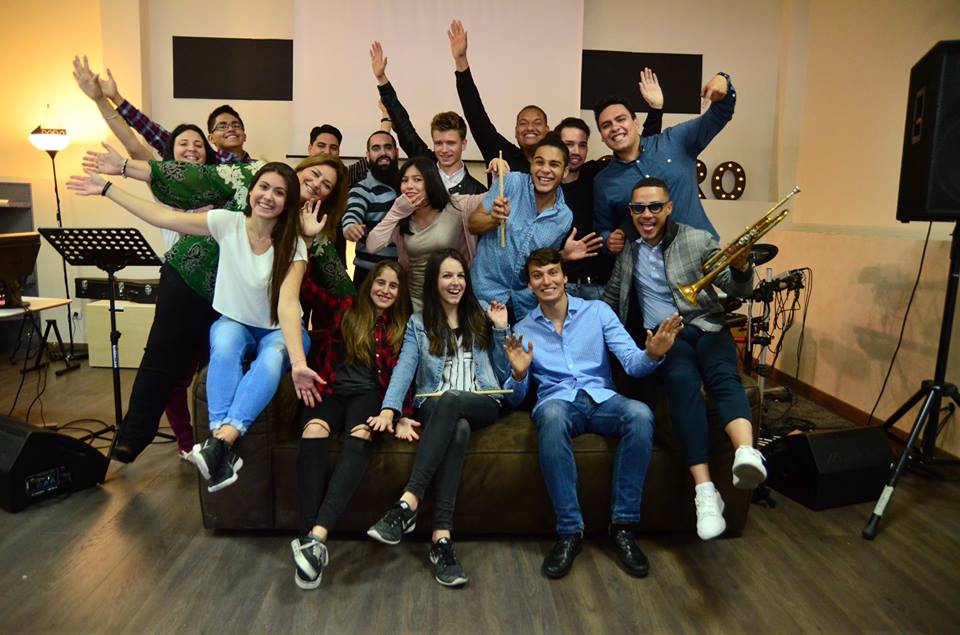 In Puerta del Sol, Madrid, a small stone slab reads, “Origen de las Carreteras Radiales,” or “Origin of the Radial Roads.” This slab, which is most easily identified by the groups of tourists surrounding it, marks the geographical center of Spain, the “kilómetro cero” point from which the radial network of Spanish roads are traditionally measured.

However, for more than eighty young Spaniards, Puerta del Sol’s Zero Kilometer represents not just the point from which Spain’s distances are measured, but the starting point of their spiritual journeys. In 2016, Pastor Jonathán Contero, along with eight Adventist church members, planted Zero Church in Puerta del Sol with the intention of reaching people who would be “starting from zero" in their relationship with God—secular, postmodern and atheist Spaniards.

“Of the 17,000 Adventists in Spain, 13,000 are immigrants, and only 4,000 are Spaniards,” said Contero. “We need to reach Spanish people and the sons and daughters of immigrants, who identify as Spanish, with the gospel.”

The church plant started with the support of the Spanish Union of Seventh-day Adventists and is now partially funded by the General Conference through the Office of Adventist Mission and the Global Mission Center for Secular and Postmodern Studies (CSPS). Zero Church is Madrid’s first postmodern-sensitive Adventist church, and is taking a new approach to ministry in order to reach their intended demographic.

“Our church is not just a program,” says Contero. “We have levels of discipleship.”

The first level, the entry point for many of the church’s secular and postmodern attendees, is not a worship service, but is one of Zero Church’s many community-oriented projects.

“We work with hospitals, with children, with refugees, with homeless people,” said Contero. “For secular and postmodern people, for millennial generations, this is very appealing. They long to help others. When they see Christian people doing good things for others, it attracts them. We have Buddhists, atheists, all kids of people who know we are a church, come to these projects, and begin to feel comfortable with us.”

“It’s a program for non-Adventist or secular people,” said Contero. “We talk about spiritual matters, but we also talk about emotions, families, relationships, things they’re interested in, from a Biblical perspective.”

Zero Church begins with breakfast at 11:00 a.m., an ideal time for unbelievers to visit the church on what would otherwise be for them an average weekend morning. From breakfast, they transition to worship, small-group discussions on the sermon topic, and then a sermon delivered by Contero. After that, church members spend time fellowshipping over tea and enjoying the relaxed worship space, which is set up much like a living room, with cafe tables, chairs and couches.

For those who are committed Christians or are interested in learning more about Scripture, Zero Church also offers Sabbath schools on Friday night, which are in-depth Bible studies intended to help committed believers continue to grow in Christ. In 17 months, the church plant has grown from eight members to more than 80 regular attendees, of which more than half are non-Christians who are exploring church for the first time.

Contero patterned Zero Church after Nova Semente (New Seed) SDA Church in São Paulo, Brazil, the Adventist church that CSPS Director Kleber Gonçalves planted in 2005 to reach secular and postmodern people. New Seed began with 16 members and now surpasses 1,400 attendees each Sabbath. Contero visited Gonçalves and his team in Brazil before planting Zero Church in order to be mentored and inspired by the work they were already doing.

In September, Gonçalves visited Zero Church to encourage the CSPS- and Spanish Union-sponsored church plant and to continue to mentor the leaders.

“Zero Church has a wonderful group of local, young Spaniards that are fired up,” said Goncalves. “They are doing, in their own context, something that all of us have heard about—building relationships with the community—but they do it in ways that are relevant to their local setting. It’s very exciting!”

To pastors and churches who desire to reach secular and postmodern people for Jesus, but are not sure where to start, Contero suggests taking three steps:

“First, you have to know your local culture. You have to know the people you want to reach, know where they go on the weekends, their lifestyles, what they do and do not believe. Second, see what people are doing who are reaching secular people, and adapt the principles they’re using to fit your context. You can’t copy and paste what they’re doing, because it’s not the same in every culture. And the third key for me is—just try. Try, and don’t give up. It’s better to try and make mistakes, than not do anything.”

In the last 17 months, Contero and his team have learned to adjust their ministry methods in order to reach their intended demographic.
“As Adventists, we tend to begin the conversation with theology or religion,” he said. “But non-religious and postmodern people reject the Bible, they reject institutionalized religion—but they are open to spirituality. We need to meet them where they are, not where we are.”

Finally, Contero also encourages ministry practitioners to have patience when working with this specific people group.

“One year is too short to see conversions from secular people,” said Contero. “But we see a big difference. People who, when they started, only came to service projects, are now regular church attendees. They are more open to the idea of God. Our Adventist mentality tends to be that, if you start something, you need to have fruits right away—Bible studies, baptisms, conversions. But with postmoderns you can’t evaluate your ministry like that at the beginning. People will connect with and show interest in your church, but will not always get baptized in the first year. So most importantly—don’t give up. Even when you make mistakes, when you pass through difficult times, trust God, and believe that He is in control.”